Welcome to the Bye Week edition of Let’s Go Riders, where we break down fans’ thoughts after they had time to reflect after a week off from Rider Nation football.

Unfortunately, even with the time away from the Green and White, fans are still not entirely convinced that the Roughriders have what it takes this year. A few variables at play that still give our boys a shot at the Grey Cup.

This week, we asked Roughrider fans what they thought of the team’s performance during the season. While fans feel the stress of a rollercoaster season, a good portion of fans agrees that the season has fallen short, with “mediocre,” “disappointed,” and “meh” being common words used to describe this season. 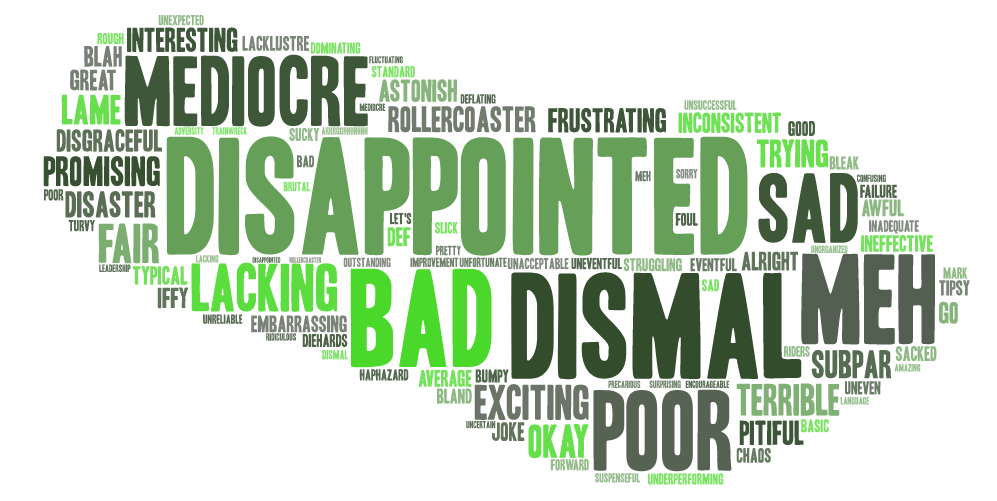 In terms of strengths so far this season, most surveyed said that the “offensive running game” (27%) and the D-line (22%) deserve all the praise!

Interestingly enough, Rider fans also say that the Rider offensive line (45%), the offensive passing game (29%), and all those penalties throughout the season (16%) were a contributor to some of the Riders’ ongoing problems.

Who will win the Grey Cup?

Considering the Grey Cup game is JUST around the corner and being hosted in Regina this year at Mosaic Stadium, we thought it would be fun to ask Roughrider fans who they think would win the Grey Cup. There is a clear winner on who may take home the trophy this year.